There is a common misconception about rich complexion people being “immune” to skin cancer. While it is true that darker skin tones are more resistant to cancer causing UV rays from the sun, it doesn’t totally erase the risk of skin cancer. What’s more is the fact that persons with darker skin tones tend to suffer more than lighter skinned persons, when affected with skin cancer – in fact, there is a higher mortality rate among the darker skinned than the lighter skinned. But the reason for this higher mortality and reaction rate, is not far off – late detection and misdiagnosis.

Oftentimes, skin cancer in darker skinned persons is passed off as a different type of skin disorder. This is even worsened by the lack of educational materials on how skin cancer affects people of darker skin tones. Hence, it is only safe to contact a dermatologist who’s experienced and knowledgeable about skin cancer and the darker skin types.

Aside choosing an experienced dermatologist, you as a brown skinned person should be educated about skin cancer and how it affects darker skin. Conversely, there are three types of skin cancer to know about; malignant melanoma (MM), squamous cell carcinoma (SCC), and basal cell carcinoma (BCC).

What is MM – Malignant Melanoma?

Among the three types of skin cancer, MM is the deadliest for rich complexion people, and this is due to its quick spread and late detection. Early detection helps in getting it cured, but this is often impossible as MM is appearing most times in places less exposed to the sun e.g palms, nails and feet, and this often sets it up for misdiagnosis. The diagnosis of MM is quite tricky, in that patients and even dermatologist tend to think they know exactly what is being dealt with, by simple observation of symptoms. But this is a costly irony.

MM is caused by continued exposure to the sun and other sources of UV rays, without due protection of sunscreen and the likes. Although darker skinned persons are more protected against the sun rays, it doesn’t preclude them from being at risk – hence prolonged exposure is a call to skin cancer.

The tumors of MM are mostly malignant and sourced from melanocytes (cells responsible for skin pigmentation). Due to their source, MM tumors are generally black or brown, and often hinder the production of pigment.

MM could either be localized at a spot on the outer skin layer, or could be dangerously invasive – the cancer cells go deeper into the skin and gradually affect other areas in the body. Hence it is advised that once irregularities are spotted on the skin, a dermatologist is to be consulted immediately.

Aside being classified into the two categories above, here are four sub-categories of MM.

1.  Acral Lentiginous Melanoma: this is common among brown skinned people, and appears on the palms and feet as a black or dark brown discoloration. It is often misdiagnosed and starts off as localized before invading deeper into the body.

2.  Superficial Spreading Melanoma: this is the commonest of all MM cancer types, and is usually found in preexisting moles, on the legs and upper back. It appears as an irregular patch of black, red, blue, white or dark brown discoloration. It starts off as localized on the outer skin layers, and turns invasive if not diagnosed on time.

3. Lentigo Maligna Melanoma: resembles the superficial spreading melanoma and is found on the face, arms, ears and upper trunk. It begins on the outer skin layers before turning invasive when left untreated.

4. Nodular Melanoma: unlike the first three that start off as localized, this starts off as invasive and is the most lethal of all four types of melanoma. It comes off as a lump in the skin that could either be black, brown, red, white or pinkish. Nodular Melanoma appears mostly on the limbs and trunks, and is affects the elderly most times. Thankfully, it is a little rare compared to the initial three.

This is the commonest type of skin cancer and affects nearly 800,000 Americans per year. Although it hardly affects darker skinned people, there is no total immunity.

BCC affects the basal cells of the skin, and causes tumors in the epidermis and on the root of the hair follicles. While it is not as lethal as other types of skin cancer, care must be taken to avoid its prolonged growth and embarrassing result. The attendant discoloration of the skin is often socially embarrassing, and at times patients complain of blurred vision and loss of nerve sensitivity.

Note however that when BCC is left untreated for a long period of time, it is prone to being fatal. Hence, prevention, early diagnosis and treatment must be done.

BCC is slow in developing, and is caused by overexposure to the sun. Hence it is advised to apply sunscreen or make use of some other form of protection from the sun. BCC could also be caused from exposure to radiation, arsenic, tattoo complications, and burns among others. These affect places less exposed to the sun, but are mostly rare and should not be overly worried about.

Over the years, it has been noted that BCC affects mostly the ages – particularly men who mostly worked under the sun. But consequent on the increase in women working outdoors, there has been a noticeable increase of BCC in women.

To detect BCC, pay attention to the following symptoms;

– There are crusty, bleeding or pus oozing sores that remain open for over three weeks.

– There are red irritable patches on the skin around the torso.

– A few bumps that are mostly red, pink, white or black – often mistaken for moles.

While there are other less identifiable symptoms, ensure that you speak with your dermatologist once you notice these symptoms. You’d be safer with an informed diagnosis rather than passing the symptoms off as harmless or belonging another skin disorder.

SCC affects 200,000 Americans yearly, and is the second most common type of skin cancer. Lighter skinned persons are more prone to SCC, but that doesn’t make other skin types immune. Generally, anyone who’s constantly exposed to the sun, is at a risk of SCC.

This type of skin cancer starts and stays mainly at the epidermis, but when left untreated it can to spread to surrounding tissues thus increasing the risk of fatality. While it can appear anywhere, it mostly appears on areas overly exposed to the sun. Vulnerable spots include; the ears, lips, injured spots and prolonged sores, the face, scalp and torsos.

It is believed by a handful of researchers that SCC is hereditary, and there are certain skin conditions to look out for – as these could grow into SCC overtime. These conditions include;

Actinic cheilitis; this is a type of keratosis that is commonly seen on the lower lip, and is usually white in color.

Leukoplakia; white patches appear on the tongue, and are potential spots for SCC.

Bowen’s disease; is a disorder that causes scaly brown patches on the skin, resembling eczema or psoriasis.

In all, where irregularities are noticed on the skin, the best option would be to consult your dermatologist for a well-informed diagnosis, and treatment option.

Treatment is dependent on the type of skin cancer being suffered. Usually, skin cancer is treated by removing cancerous cells, and this involves cutting out tumors and surrounding affected areas. Surgery is often the best option for minor non-melamona tumors, but certain BCC and SCC cancer types are not easy to remove surgically. In situations like this, radiotherapy is highly recommended. Other treatment options for skin cancer types include immunotherapy and applicable types of chemotherapy. Depending on the severity of the cancer, cure is possible – but that is largely Influenced by early detection and treatment.

According to the American Academy of Dermatology, here are a few tips to avoid being exposed to the sun for too long;

– Reduce or avoid outdoor activities between the hours of 10am and 4pm. These are hours when the sun is shining brightest, and the rays harshest.

– Stay in the shade for as long and as many times as possible.

Being a person with rich complexion comes with its perks; beauty and resistance to skin cancer. But that doesn’t mean you’re immune. Hence, pay more attention to your skin, report irregularities and maintain regular contact with your dermatologist. 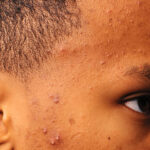 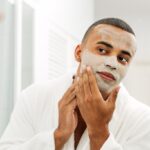