It is found in the bacteria Clostridium botulinum, it contains Botulinum toxin type A human albumin, and Sodium chloride.

HOW DOES BOTOX WORK

Botox is used to reduce the visibility of frown lines and wrinkles by relaxing the wrinkle-forming facial muscles at the site of the injection such as the glabella, frontalis, Crow’s feet, and more.

It gets rid of wrinkles made from expressions. The injection can also reduce the rate of formation of new or deeper wrinkles. The toxin blocks the nerve impulses from the brain to the muscle by blocking the release of the chemical “acetylcholine”.

It is used by some as a preventive measure again wrinkles. Botox is also said to work for other things which include;

Hyperhidrosis (severe underarm sweating): the chemical is injected into the axilla (underarm area) temporarily blocking the chemical signals that stimulate the sweat glands.

Botox injections don’t take effect right away. it could take a few days before the effect begins to show and it could stay efficient for as much as three or more months, depending on what it is used for as it only has a temporary effect. Botox injections can be renewed but too many renewals are not advisable because they could make the muscles thin.

Side effects can occur such as injection pain, headache, bruising, and swelling on the injection site which wouldn’t really take long to stop. Anything that causes sweat and facial flushing like strenuous exercise, lying down on the face, excess heat exposure, massage, some medications, and prolonged sun exposure should be avoided in the next 24 hours after the treatment to enable it to settle correctly, Botox is settled correctly is not affected by UV Ray, however, people with a history of sun sensitivity should consider discussing exposure levels with the dermatologist before the procedure. Sunscreen can be used to reduce the level of exposure to UV rays.

Botox is not advisable for pregnant women, women trying to get pregnant, or breastfeeding women except if your doctor deems you fit. 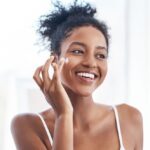 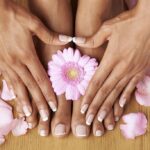 Most Effective SPF For Rich Complexions

The Uniqueness of Our Melanin Rich Complexion